Back to News & Media
Op-Eds
| Forbes

Students In Transformational Learning Environments Were The Exception

The results of the Nation’s Report Card for nine-year-olds in reading and mathematics are deeply troubling. In the first full-scale assessment since the pandemic, the report found a widening gap in achievement between students of color and their white counterparts, a chasm of 33 points that grew since the pandemic, and was nowhere near closing prior to 2020. Reading and mathematics scores for students at all five selected percentile levels – 10th, 25th, 50th, 75th and 90th – sharply declined in comparison to 2020. Public education’s ability to respond in real time to a crisis was a failure by all measures.

This data is not surprising to anyone following students’ overall achievement since March, 2020. For almost two years, the majority of students in America’s most needy areas – urban, suburban and rural – were forced to stay home and were fed the educational equivalent of pablum. It was crisis schooling at its worst, with teachers being forced to manage and instruct students almost entirely off-line with few tools at their disposal, all while alternative, robust, well-researched virtual education practices were being offered by top education companies like Edmentum and Stride Learning that combine the best of synchronous and asynchronous learning that could have been deployed within days. They would be utilized later by many communities, but the new numbers demonstrate that the majority of US school systems failed to reach and teach most students during their time out of the classroom. In the end the numbers bear witness; it was a disaster, though an avoidable one.

That should be the lesson from this breaking news. Students had to suffer such miseducation because dated school systems, under the influence of powerful teachers unions which restrict teacher practice, were forced to stay closed. And top government officials let it happen.

When students needed to be connected to their teachers and classmates the most, many districts even stipulated that teachers not be required to be “live” online, or be available to students more than a certain number of hours per day. The head of the Los Angeles Teachers union said “one of her union’s lines in the sand was making sure teachers wouldn’t be required to engage in face-to-face virtual learning,” according to EdWeek in April, 2020. There was no focus on developing innovative ways to deliver education and giving families who were open to going back the opportunity to put their students into physical schools again.

Comments like: “I didn’t like that we were not in person with our teachers,” and “Last year was really a struggle for me because I’m the kind of person who likes to work in person,” echoed common themes in students’ feedback.

While schools were closed, leaders from the nation’s largest teachers unions joined First Lady Jill Biden at the White House to offer their counsel on school affairs. No parents were represented at that meeting. Subsequently it was reported that the CDC was in regular contact with the teachers union about how and when to report on the safety precautions and data.

Fast-forward to nearly 10 months after the pandemic’s most serious weeks, and the Chicago Teachers union defied the school board’s order to open while hundreds of districts, including Fairfax County, VA, said that even with vaccinations their teachers would not return to school, contradicting the relevant CDC guidance. Such behavior – which some have called a rolling teachers strike – persisted in some cities for two years.

All of that history was missing from this event’s media reports. While coverage was abundant, many papers, including the New York Times seemed to leave the blame with the pandemic itself, rather than those with the power to influence the outcomes, as well as the officials who did exercise their influence on schools. The Twitter debate was fast and furious on this particular point. “Politicians had a choice on how to respond to COVID, and the choices some of them made harmed children,” said one commentator.

Even today, union strikes in a variety of new forms and with new names persist despite the evidence that learning loss is bad for kids. The Los Angeles’ teachers union has called their latest action a “boycott,” while it’s really a strike, vowing not to allow their members to do voluntary, paid instructional days even if the teacher wants to help her students. It’s clear that the minority of teachers who do not want to serve students dominate the profession’s direction for the majority who would thrive if rules were not made for them on a daily basis.

This is miseducation. In 2019, only one-fifth of black 4th graders were proficient in reading on the Nation’s Report Card. Those same students are less likely to graduate on time, earn a higher education credential or degree, and will make 23% less than their white counterparts. A further decline of any sort is a nail in their coffin. As journalist Laura McKenna put it, “It really does matter that kids can’t read or do math. Educational inequality is a really bad thing. Once behind, kids never catch up. Anybody who minimizes today’s NAEP test results needs to have their head examined.”

When it comes to their future, student achievement is more than anecdotal. Dr. Susanna Loeb, the director of the Annenberg Institute at Brown University told the Times that “Student test scores, even starting in first, second and third grade, are really quite predictive of their success later in school, and their educational trajectories overall.” “We knew how damaging this would be,” said 50CAN CEO Marc Porter Magee. “We knew the same month schools closed. It shouldn’t have taken this long for a ‘wake up call’.”

In fact, the solutions and innovations that could have been deployed to avoid this disaster were apparent all along. The evidence is mounting that while education was not occurring in most of the nation’s school districts, it was evident in thousands of other education environments. Catholic and other private schools, charter schools and many civic organizations across the country helped students return to school with strict safety precautions, creative spacing and innovative educational delivery models that would only be adopted by some traditional public schools more than a year after.

CARE Elementary, a private school in the poor Overtown section of Miami, pivoted within weeks of COVID to bring students whose parents were essential workers back to school for in-school instruction for students experiencing challenges, and quickly made plans to reopen in full in September despite the fact that much of Miami-Dade County and the nation were already planning to stay closed. Student achievement would increase from pre-pandemic levels, and surpass comparable populations in public schools. Even with COVID, CARE’s vulnerable students gained reading proficiency.

Friendship Public Charter Schools in Washington, D.C. put every employee of the 8-school network to work, no matter what their position, to visit families and help distribute 3,800 devices and 400 hotspots to families and scholars, who then could access a proven-technology driven education that Friendship had presciently worked to establish. By September, 2020, most students were back in session when the majority of students in Washington DC public schools were not.

Within five days of the shut-down, the Catholic Partnership Schools were able to adapt instructional delivery to fit the needs and technical limitations of their community. Its schools then opened on time in the fall of 2020, both in person and remotely for families who wanted it, and with the buy-in of families and teachers. They were even able to begin new work in two Cleveland schools in person in the middle of the pandemic.

In these and the thousands of other such cases where education providers deployed outstanding and transformational education during the unprecedented crisis, families had the assurance that the schools they chose for their children would keep them safe and learning. The natural consequence was parents flocking to these new education providers, and there they remain, causing enrollment declines for the schools that failed their kids.

And that is the story that should have been written when the NAEP scores were released. It should have been a story about how education not confined by a student’s income, location or discriminatory zoning practices is fuel for their future, while 19th century era education laws confine their citizens to the same status they are born into, imposing further socioeconomic and racial disparities on our nation.

This is not the first dire news about the United States’ failure to deliver excellence to every student. That came in 1983, and just about every couple of years since. The question is whether it can be the last. It can be, if we unleash innovation, and give families, not the system, the power to direct the educational path of students. 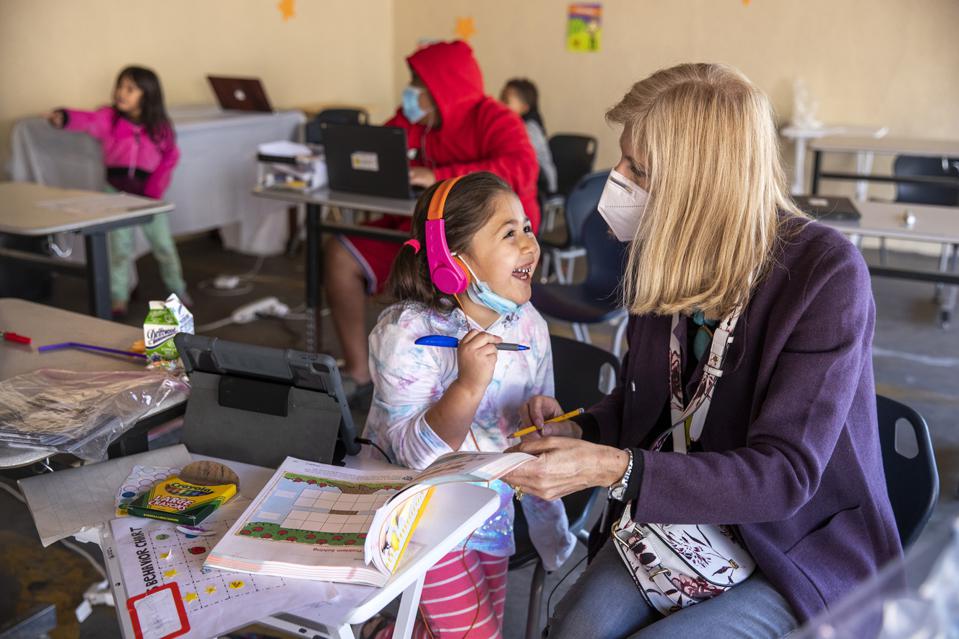 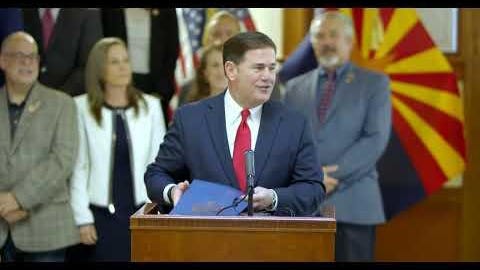 How Arizona Has Made Great Education Accessible And Sustainable 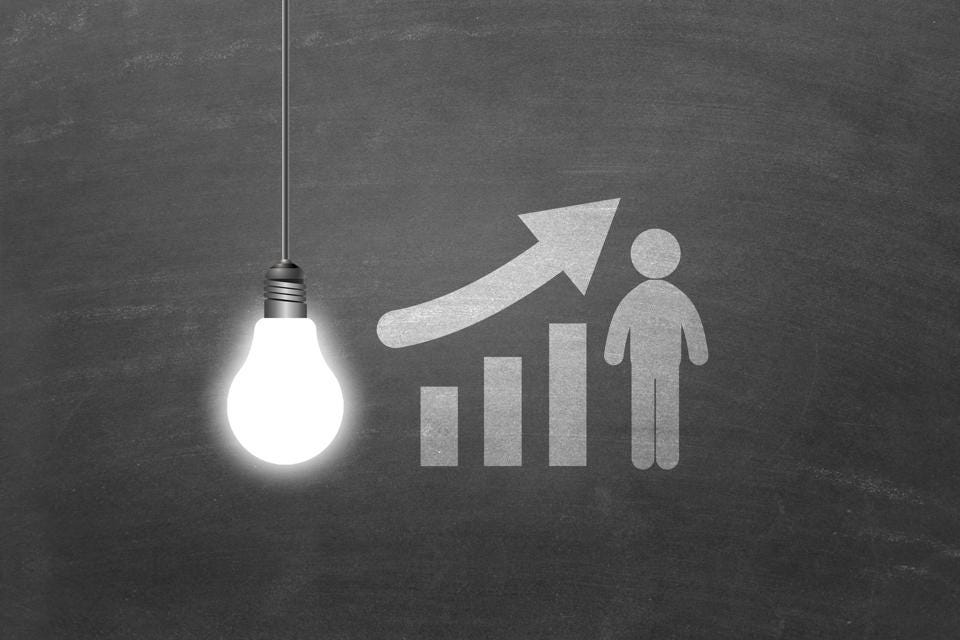